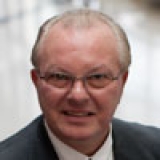 Fredric A. Hakes is a former IU Kokomo faculty member who was an adjunct instructor in the Department of Public Administration and Health Management, and the director for both the Office of Regional Economic Engagement and the Division of Continuing Studies. He worked at the university from 2001 to 2012. Hakes earned his B.S. in 1972 and his M.S. in 1974 from Indiana University Purdue University Indianapolis.