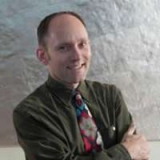 Stephan Viehweg was named interim director of the Indiana University-Purdue University Indianapolis Center for Translating Research Into Practice (TRIP) in May, 2012. As interim director, he has led the effort to identify and celebrate translational research on the IUPUI campus. Viehweg continues to maintain his position as associate director of the Riley Child Development Center at the School of Medicine, and will also continue to lecture at the School of Social Work and oversee the Catie B. Project for Family Centered Care.

Viehweg has contributed greatly to the IUPUI campus both academically and as an alumnus. Additionally, he is active in a variety of community organizations, including his roles as founding chair of the Indiana Association for Infant and Toddler Mental Health and founding president of Family Voices Indiana.