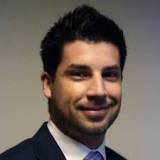 A two-time All Mid-Continent Conference performer, Darrow helped power the Jaguars to the 2005 conference crown by firing a 54-hole 219 (73-75-71) at the Harry Mussatto Golf Course in Macomb, Ill.. His effort fueled a three-shot win over Western Illinois and a spot in the NCAA Tournament.

The Granger, Ind.-native also remains among IUPUI's top 10 all-time in career rounds played (66) and continues to pursue a professional career in Arizona.