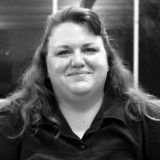 McIntosh-Elkins began her association with Hoosiers for Higher Education in 1991 and was a member of the first HHE delegation that traveled to Indianapolis to lobby state lawmakers on behalf of higher-education funding. She has served as an HHE member and community chair ever since.