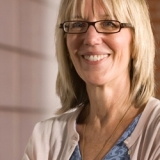 Professor Robertson received her Ph.D. in American Civilization from the University of Pennsylvania in 1983. Prior to entering university teaching, she had a career as a museum professional, serving as founding co-director of the Southern Ohio Museum in Portsmouth, then as associate curator at the Columbus (Ohio) Museum of Art. She was curator for over two dozen art exhibitions. She joined the faculty of Herron School of Art and Design at IUPUI in 1995.

Professor Robertson has developed an extensive body of research in art history of the late 20th and 21st centuries, identifying and analyzing thematic clusters of artistic interests (including science, memory, language, place, identity, and other themes), which have helped to define the study and teaching of contemporary art history. Her publications include two influential books co-authored with Craig McDaniel: Themes of Contemporary Art: Visual Art after 1980, Third Edition (Oxford University Press, 2012; First and Second Editions published in 2005 and 2009); and Painting as a Language: Material, Technique, Form, Content (Harcourt College Publishers, 2000). Doosung Publishing House published a Korean-language edition of Themes of Contemporary Art in 2011. Her essays have been published widely in journals, exhibition catalogs, and art magazines.

A committed teacher, she has received numerous teaching awards, including two Indiana University Trustees' Teaching Awards, an IUPUI Teaching Excellence Recognition Award, and election to FACET in 2001. She is active in international programs, and has participated in study abroad programs taking students to China, England, and Greece. She has served several times as coordinator of Herron's art history program.

Since 2009 she has served as Advisory Editor for Contemporary Art at Grove Art Online, published by Oxford University Press. She is responsible for new content about late 20th and 21st century art added to this authoritative international online reference for art history.