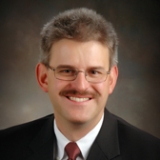 Christopher L. Craft earned a Bachelor of Science degree in management from IU in 1989. He attended IU South Bend. He received a master's degree in business administration and finance from the University of Notre Dame.

Craft is senior vice president and regional manager at Lake City Bank in Mishawaka, Indiana, where he lives with his wife, Kelly, and their three children.