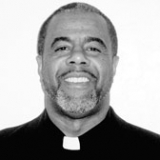 Keith C. Rogers earned his bachelor of science degree in marketing in 1984. He attended IU Northwest. He also holds a master's degree in public administration from Cleveland State University. He is a minister with Son Rise Faith Community Center and works as an enrollment counselor with Grand Canyon University.

Rogers has been a member of Hoosiers for Higher Education since 2005. He is a former president and vice president of the IU Northwest Alumni Association, as well as a former board member with the Northwest Indiana Chapter of the IU Alumni Association. From 2004 to 2008, Rogers was an active volunteer for IU Bloomington student recruitment efforts.