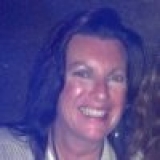 Kerry Wagner-Pirhonen is the Printing and Personal Systems Public Sector Account Manager at Hewlett-Packard in Los Angeles. Wagner-Pirhonen first joined HP in 2002 as a sales specialist, and has spent many years as a systems analyst and software engineer since she began her career in computers in 1985.

She graduated from Indiana University with a B.S. in mathematics and computer science in 1984, and from Pepperdine University with a M.B.A. in 1994. At IU, Wagner-Pirhonen has been involved in the alumni association for over 25 years, currently serving as the Southern California Big Ten Club Director, Scholarship Committee Chair, Immediate Past President of the Los Angeles Alumni Chapter.