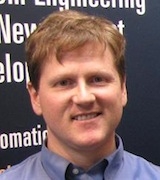 Richard E. Boling II is the Vice President of Techshot, an engineering and product-development company based in Greenville, IN. He graduated from Indiana University - Southeast in 1991 with a B.A. in Communications. After graduation, he worked a variety of jobs in the Louisville metro area before joining Techshot in 2000.

In addition to his career, Boling has been active in the community. He has served on the board of the Indiana Chamber of Commerce and is involved in the Boys Scouts of America - George Rogers Clark District. In 2006, Business First named him as one of the top 40 community leaders under the age of 40 in the Louisville metro area. He has also been active in the IU Southeast Alumni Association, having served as a board member and president in the past. He received the IUAA's President's Award in 2004 and the Distinguished Alumni Award in 2007.