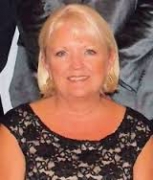 Deanna Crispen is the President of the Cass County Community Foundation in Logansport, IN. She graduated from Indiana University - Kokomo with a B.A. in 1998. She is a Hoosiers for Higher Education community captain and a board member of the Cass County Chapter of the IU Alumni Association.

Crispen was a member of the IU Kokomo Alumni Association's board of directors in 1998 and served as its vice president from 2005 to 2006 and president from 2006 to 2008. She also was a member at large on the IUAA's Executive Council from 2004 to 2007 and a member of the IUAA's Strategic Directions task force. Crispen served on the IU Kokomo Chancellor's search committee and has assisted with fundraising efforts.

In 2004 she received the IUAA President's Award, which is the organization's highest honor given to volunteers and was the 2010 recipient of the Distinguished Service Award from IU-Kokomo Alumni Association.