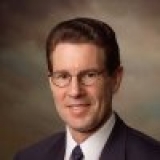 Robert D. Covington is a former board member of the Board of Advisors for Indiana University - East, where he graduated from in 1987. He received the IUAA President's Award in 2000.