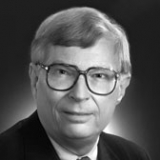 Stephen Moberly is executive director of the not-for-profit Indiana Retired Teachers Association, headquartered in Indianapolis. After earning a bachelor's degree in 1963 and a law degree in 1966, both from IU, he practiced law for 30 years in Shelbyville, Indiana, until his retirement in 1997.

An IUAA life member, Moberly is a former member of the Executive Council and chaired the IUAA Strategic Directions Task Force in 2004-05. He is a past president of the John Whittenberger Society and of the Shelby County (Indiana) Chapter of the IUAA. He received the IUAA President's Award in 1995.