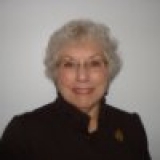 Pat Williams, along with her late husband, Bob, has contributed to the enjoyment of many IUAA events over the years. Bob was a pianist, and Pat developed a narrative to go along with their musical tribute to the songs written by IU alumnus Hoagy Carmichael. Bob and Pat shared these performances all over the country. She still attends many IUAA and IU functions in support of the organization. Originally from Kokomo, Indiana, she served as a vice chancellor for the IU Kokomo campus before moving to Bloomington.

For her civic service, she has won the Kokomo Civic Theatre Lifetime Achievement Award in 1996, Woman of the Year Award by IN Republican Mayoral Association in 1988, and the IU Kokomo Alumni Association Distinguished Service Award in 2008.