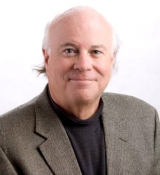 Stephen Watt has achieved a distinguished national and international reputation as a scholar of dramatic literature, the Irish literary tradition, and modernism and mass culture. He has published numerous books and editions, and over 100 articles, chapters, and reviews. His books include Bernard Shaw's Fiction, Material Psychology, and Affect: Shaw, Freud, Simmel (2018), "Something Dreadful and Grand": American Literature and the Irish-Jewish Unconscious (2015), Office Hours: Activism and Change in the Academy (2004, co-authored with Cary Nelson), Academic Keywords: A Devil's Dictionary for Higher Education (1999, co-authored with Cary Nelson), and Postmodern/Drama: Reading the Contemporary Stage (1998). His book Beckett and Contemporary Irish Writing (2009) received the Robert Rhodes Prize from the American Conference for Irish Studies in 2010, and his groundbreaking Joyce, O'Casey, and the Irish Popular Theater (1991) was a finalist for several national awards.

Watt has been acknowledged by many for his pedagogical excellence with multiple teaching awards, as well as individual accolades from students. His ease of explaining difficult material, yet engaging a large group of students or colleagues, has made him a sought after committee chair, member, and lecturer throughout the country during his many years in academia.

Watt has been recognized numerous times for his service and scholarly involvement at Indiana University, particularly as an Associate Dean in the College of Arts and Sciences for some eight years, as well as throughout the country. He serves on the editorial boards of such journals as the Irish University Review (University College Dublin) and The Harold Pinter Review, and is a referee for book manuscripts at major academic presses. He has served as President, Midwest Modern Language Association, 1999-2000; on the MLA Delegate Assembly, 1998-2000; and on the Executive Committee, American Conference for Irish Studies, 1999-2001. He has been the recipient of the Dorot Foundation Postdoctoral Research Fellowship in Jewish Studies at the Ransom Humanities Center, The University of Texas-Austin (2010); the National Endowment for the Humanities (NEH) Collaborative Research Fellowship, 1999; an NEH Fellowship (1998-99); and a fellowship from the George A. and Eliza Gardner Howard Foundation, Brown University, 1992-93.