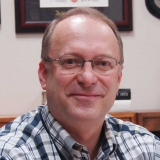 Eller is the world's leading scholar on Ray Bradbury and a preeminent editor of modern literature. His literary scholarship is known worldwide. He has contributed to all of the editions within the Institute for American Thought, which is home to the production of critical and scholarly editions of the papers and writings of eminent American authors and philosophers including Frederick Douglass, George Santayana, Charles Sanders Peirce, Josiah Royce and Ray Bradbury. Eller has provided textual editing expertise across the papers and writings, in addition to serving as director of the Center for Ray Bradbury Studies.

On Bradbury alone, Eller has authored or co-authored three books and more than 20 articles, book chapters and other entries, and has edited or co-edited eight other publications. "Ray Bradbury: the Life of Fiction," co-authored by Eller, is acknowledged as the definitive analysis that drew scholarly attention to this important and influential writer.

The Institute for American Thought is also home to two academic programs -- American Studies and Professional Editing -- that owe a great deal to Eller's developmental efforts. His service to American Studies includes a term as director and lead advisor and the establishment of an annual semester-long exchange program in the United Kingdom. He developed the institute's interdisciplinary graduate program in Professional Editing and served as founding director.

Although it is a large and prestigious center, the institute is only one part of IUPUI to which Eller has contributed his scholarly and administrative leadership. He has served on numerous departmental, school, campus and university committees, task forces, councils and review committees. Eller has received many awards including IUPUI's prestigious Glenn W. Irwin Jr., M.D., Experience Excellence Recognition Award.