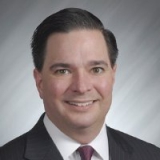 Since his days as a student at the Robert H. McKinney School of Law, Adam Arceneaux has led efforts to generate philanthropic support for IU. Arceneaux has continued that leadership in several capacities: serving as McKinney Law's volunteer Law Firm Campaign chair at Ice Miller LLP soliciting annual support from fellow alumni; serving on the steering committee of the Building Indiana's Capital Law School campaign to support the construction of McKinney Law's Lawrence W. Inlow Hall; serving the successful IMPACT Campaign for IUPUI on behalf of McKinney Law; and being one of the first to volunteer when McKinney Law established a new class agent program for peer solicitations of classmates.

Among other engagements, Arceneaux is also past president of the McKinney School of Law Alumni Association board of directors. His loyalty on behalf of IU has yielded tremendous results in both annual appeals and in capital campaigns. In addition, Arceneaux and his wife have led by example through their own strong philanthropic support of multiple projects, including a generous pledge to the Gerald L. Bepko Endowed Chair at McKinney Law.

Arceneaux is a partner at Ice Miller LLP. As an attorney, his professional focus is helping businesses achieve their goals through the strategic use of litigation, alternative dispute resolution and litigation avoidance planning. Arceneaux earned a Bachelor of Science in business analysis and marketing from the Kelley School of Business in 1988 and a J.D. from the Robert H. McKinney School of Law in 1993. While in law school, he served as associate editor of the Indiana Law Review and, as a member of the Order of Barristers, participated in intercollegiate moot court competitions.