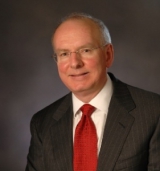 A board-certified hematopathologist and author of over 100 scientific papers and book chapters, Dr. Hess is considered one of the nation's leaders in the epigenetics of leukemia. His laboratory has done some of the most seminal work on the mechanisms of transformation by the mixed lineage leukemia protein MLL and its downstream targets, the HOX proteins. While chair at Michigan he assembled and led an interdisciplinary research team that worked to develop epigenetically-targeted therapeutics for acute leukemia.

In 2007, Dr. Hess helped establish the Michigan Center for Translational Pathology led by Dr. Arul Chinnaiyan, one of the leading research centers for biomarker discovery in the nation. He created one of the first pathology informatics divisions in the nation, and led the University of Michigan Health Care System strategy implementation in personalized medicine. In addition, he co-founded and chaired the Board of Paradigm, a sequencing-based not for profit diagnostics company that provides next generation sequencing and data analysis to improve care for cancer patients. Dr. Hess serves on the editorial boards of a number of journals and is a member of the American Society of Clinical Investigation. He also currently serves on a number of boards including BioCrossroads and the Regenstrief Institute

Dr. Hess received the IU Bicentennial Medal in August 2019 in recognition of his distinguished service as vice president and dean of the School of Medicine, and member of the president's executive cabinet.