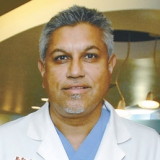 Dr. Sood grew up in Albany, New York. He attended Union College in Schenectady, New York, graduating with a pre-medical focus and earned a BS with a dual major of Biology and French. He attended Albany Medical College in New York and graduated in 1984. He then completed 5 years of Residency at Temple University in Philadelphia, Pennsylvania. After his general surgery residency he furthered his training by going to the Cleveland Clinic Foundation in Cleveland Ohio to participate in a Plastic Surgery Residency. He then went on to a hand, nerve, and microsurgical fellowship at the Raymond Curtis Hand Center, John's Hopkins Hospital in Baltimore, Maryland in 1992. Dr. Sood is board certified by the American Board of Plastic Surgery with added qualifications in hand and microsurgery.


After completing his training, Dr. Sood joined the faculty of the Indiana University School of Medicine. He was promoted to Associate Professor of Surgery in 1996. He became the Medical Director of the Richard Fairbanks Burn Center in 1992, which is a nationally recognized center for burn care and wound healing. Dr. Sood has achieved a prominent national and international reputation and is a well known investigator and national leader in research and clinical experience in emerging technologies for skin replacement. He has been awarded multiple grants and has written over 20 articles and 16 book chapters.