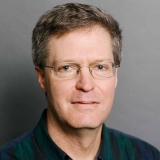 Peter M. Todd grew up in Silicon Valley in California, studied mathematics and electronic music at Oberlin College in Ohio, received an MPhil in computer speech and language processing from Cambridge University, and developed neural network models of the evolution of learning for his PhD in psychology at Stanford University. In 1995 he moved to Germany to help found the Center for Adaptive Behavior and Cognition (ABC), based at the Max Planck Institute for Human Development in Berlin. The Center's work was captured in the book Simple Heuristics That Make Us Smart (Gigerenzer, Todd, and the ABC Research Group; Oxford, 1999); the sequel, Ecological Rationality: Intelligence in the World, covering information-environment structures and their impact on decision making, is being finalized. In 2005, Todd moved to Indiana University in Bloomington as Professor of Informatics, Cognitive Science, and Psychology and set up the ABC-West lab there.

His research interests cover the simple cognitive mechanisms that exploit information structures in the environment to generate adaptive behavior, how such mechanisms evolve, and the ways in which evolution, cognition, and other adaptive processes (including learning and culture) can interact with each other. Research projects currently underway include studies of sequential choice (including the search for jobs, mates, or parking spaces), simple heuristics for decision making and how they can be learned, the benefits of cognitive limits, heuristics for food choice, judging animate intentions from motion trajectories (by children and adults), evolution of rhythmic and other musical behavior, and the evolution of learning.