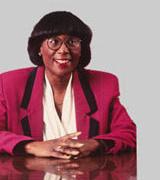 In addition to her teaching positions, Caine has many roles in professional organizations and the government. In the same year that she earned her associate professorship, Caine was appointed the Director of the Marion County Health Department. Her commitments to public health in Indianapolis also include co-directing the Indianapolis Campaign for Healthy Babies Initiative, and serving on the boards of the Damien AIDS Center; Fairbanks Hospital (Substance Abuse); Indiana AIDS Fund, and the Indianapolis Alliance for Health Promotion. She also is a member of the Indiana State Women's Health Committee, the Community Drug Summit, the Mayor's Commission on Family Violence, the Indiana Public Health Association, the City of Indianapolis Mayor's Emergency Preparedness Task Force, and the Women's Fund of Central Indiana Advisory Board.

In 2004, Caine was elected president of the American Public Health Association, the oldest and largest organization of public health professionals in the world, representing more than 50,000 members from over 50 occupations of public health. With that election, her scope became national. Caine now advocates for better public health across the country.

Caine is a graduate of Gustavus Adolphus College in Minnesota and received her M.D. from the SUNY Upstate Medical Center. In 2020, Caine was awarded Indiana University's Bicentennial Medal, in recognition of her distinguished contributions and longstanding support of the university.