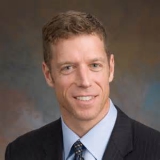 Michael T. McRaith was appointed by U.S. Department of the Treasury Secretary Timothy Geithner to serve as the Director of the Federal Insurance Office (FIO) in June 2011. As Director of FIO, McRaith advises the Secretary on domestic and prudential international insurance matters of importance. McRaith also serves as a non-voting member of the Financial Stability Oversight Council (FSOC). McRaith represents the United States at the International Association of Insurance Supervisors (IAIS) and in other bi-lateral and multi-lateral international insurance matters. McRaith also serves on the IAIS Executive Committee and as Chair of the IAIS Technical Committee.

Immediately prior to his appointment as FIO Director in June 2011, McRaith served more than 6 years as the Director of the Illinois Department of Insurance.

Prior to his public service, McRaith practiced law for fifteen years in Chicago. McRaith received his J.D. from Loyola University of Chicago and his B.A. from Indiana University. McRaith serves on the Boards of Directors for the American Foundation for Suicide Prevention â€" Chicago Chapter, and the AIDS Foundation of Chicago.