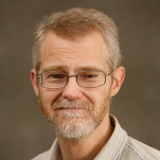 Randall D. Beer received his Ph.D. in computer science in 1989.

From 1989 to 2006, he was a professor of electrical engineering and computer science, biology, and cognitive science at Case Western Reserve University. He spent the 1995-1996 academic year as a visiting scientist at the Santa Fe Institute, where he also served as an external faculty member for the next 6 years.

In 2006, he joined the Cognitive Science program at Indiana University, where he is currently a professor of Informatics and Computing and directs the NSF/IGERT training program in The Dynamics of Brain-Body-Environment Interaction in Behavior and Cognition. Professor Beer's research is broadly concerned with understanding how coordinated behavior arises from the dynamical interaction of an animals nervous system, its body, and its environment.