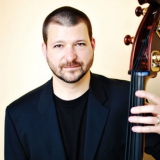 He has performed in the United States and abroad with such jazz luminaries as Fred Hersch, David Liebman, Kenny Wheeler, Bob Brookmeyer, Randy Brecker, Tim Hagans, Eric Alexander, Jerry Bergonzi, Rich Perry and George Garzone. He has also received invitations to perform at the Terni (Italy) Jazz Festival, the Bonn Beethovenfest, the International Association of Jazz Educators Conferences in New York City and in Toronto, the inaugural Jazz Educator's Network Convention in St. Louis, the Iowa City Jazz Festival and at the United Nations headquarters.

He has presented master classes and papers at the University of Illinois Urbana - Champaign, Idaho State University, the University of Rhode Island, the Leeds (U.K.) Jazz Conference and at high schools throughout Massachusetts, Virginia and Indiana.

As a recording artist, Allen can be heard on releases by Bob Brookmeyer and Kenny Wheeler, the Luke Gillespie Trio, the Steve Allee Quintet, the Ayn Inserto Jazz Orchestra, Sara Caswell, the x-tet, the Dave Lisik Jazz Orchestra, the afrojazz ensemble Sankofa, the quartet Chelsea Square and many others. He has recorded for labels Artists House Music and Cadence Records and recently founded his own label, Watercourse Records, for the release of his own music and that of the ensembles with which he is involved.