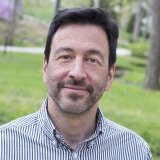 Professor Robert L. Fischman is a distinguished scholar whose articles have won recognition as among the most influential in environmental law. His research explores the relationship between law and conservation implementation. He is one of very few professors to publish in high-impact, peer-reviewed scientific journals as well as law reviews. He is a co-author of the leading casebook on public land and resources law. His book on management of the National Wildlife Refuge System has become the standard reference in the field. He writes about public land management, endangered species recovery, federalism, adaptive conservation, climate change, and environmental impact analysis.

At the Indiana University Maurer School of Law, Fischman teaches Environmental Law, Administrative Law, Public Natural Resources Law, Water Law, Wildlife Law, and an Advanced Environmental Seminar. At IU's School of Public and Environmental Affairs, he teaches a capstone seminar and a course on biodiversity conservation policy.
Prior to joining the Law School faculty in 1992, Fischman taught at the University of Wyoming College of Law and served as staff attorney at the Environmental Law Institute in Washington, D.C. He has taught as a visiting professor at Vermont Law School and the Lewis and Clark School of Law. Professor Fischman also spent a year as a senior research scholar at Yale Law School. He was appointed Richard S. Melvin Professor of Law in 2015. In 2017 he helped lead a team of professors win a $55 million Grand Challenge grant to establish an environmental resilience institute at IU.

Professor Fischman is a founding board member of the Conservation Law Center, Inc., which operates the law school's conservation law clinic. He is also a Member Scholar of the Center for Progressive Reform.