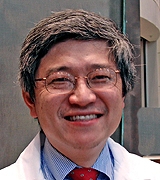 Dr. Wo also completed a research fellow in esophageal motility at Emory University. He was the Director of the Motility for 15 years and a Tenured Professor of Medicine at University of Louisville, before coming to Indiana University in 2012. He has been the Associate Editor of the Diseases of the Esophagus since 2006 and served as a frequent research abstract reviewer for the Neurogastroenterology Section at the American Gastroenterological Association.