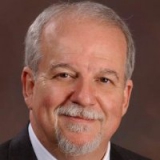 Dr. Jones accepted a full-time teaching position in 1983 as Assistant Professor of Pediatric Dentistry, Indiana University School of Dentistry, and received the Master of Science in Dentistry from the School of Dentistry(1983). He completed a United Cerebral Palsy Clinical Dental Fellowship (1983-1984) as well as a Dental Faculty Fellowship sponsored by the American Fund for Dental Health (1986-1987).

From August 1993 to August 2005, he served as Dean of the School of Health Sciences, Professor of Dental Education, Chairman and Director of Dental Education at Indiana University Purdue University, Fort Wayne, and Director of the IPFW Health Sciences Research Institute. During the 2000-2001 academic year, Dr. Jones served as a Congressional Fellow in the 107th Congress with the senior Senator from Indiana, Senator Richard Lugar. In 2003 he received his Ph.D. in Biological Sciences from Empresarial University. He currently serves as Professor and Chair of the Department of Pediatric Dentistry, Indiana University School of Dentistry while maintaining a part-time private practice in pediatric dentistry in Indianapolis, Indiana. He is a Fellow of the American Academy of Pediatric Dentistry, a Fellow of the American College of Dentists, and a Fellow of the International College of Dentists.

Dr. Jones has published over 100 articles, book chapters, and research abstracts in the areas of dental, medical, and education literature. He is the recipient of over 6.0 million dollars in educational, service, training, and research grants, and has presented over 100 lectures in the United States, the Caribbean, Europe, Asia, Central and South America and the Middle East on a variety of topics related to higher education.