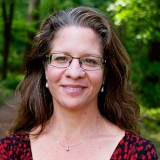 Christiana Ochoa has focused the majority of her scholarship on the question of how economic activity intersects with human well-being. Before joining the faculty in 2003, she was employed at the global law firm Clifford Chance, where she dedicated her efforts to cross-border capital markets and asset-finance transactions. She also served at human rights and non-governmental organizations in Colombia, Brazil and Nicaragua. Together with her life-experience in Latin America, this work focused her attention on governance in the field of business and human rights. Since that time, her research on governance mechanisms has expanded into the field of law and development.

Her scholarship in these areas has been widely published, and she completed her first documentary film, Otra cosa no hay (There Is Nothing Else), in 2014. She is pursuing fieldwork toward the production of a second documentary, which will focus on law as a set of tools for the realization of differing views of development. She is associate director of the IU Center for Documentary Research and Practice, a center within The Media School that brings together scholars and artists from across the university who work on an array of nonfiction media projects. In 2018, she was named a Class of 1950 Herman B Wells Endowed Professor.