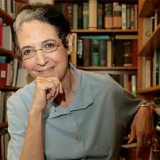 Susan Gubar, Distinguished Professor Emerita of English, taught at Indiana University for more than thirty-six years. Along with Sandra M. Gilbert, she published THE MADWOMAN IN THE ATTIC: THE WOMAN WRITER AND THE 19th-CENTURY LITERARY IMAGINATION (1979), a runner-up for both The Pulitzer Prize and the National Book Critics Circle Award. Six years later, in 1985, the collaborators received a Ms. Woman of the Year award for their compilation of the NORTON ANTHOLOGY OF LITERATURE OF WOMEN (2nd edition, 1996). Gilbert and Gubar also followed up THE MADWOMAN with: NO MAN's LAND: THE PLACE OF THE WOMAN WRITER IN THE TWENTIETH CENTURY: THE WAR OF THE WORDS (1988), SEXCHANGES (1989), and LETTERS FROM THE FRONT (1994), which use feminist criticism to understand the achievements of British and American literary women in modern times. Gilbert and Gubar's most recent jointly-authored enterprises consist of a collection of poetry for and about mothers, MOTHERSONGS (1995), and a satire on the current state of literacy and cultural literacy, MASTERPIECE THEATRE: AN ACADEMIC MELODRAMA (1995).

The recipient of awards from the National Endowment for the Humanities and the Guggenheim Foundation, Susan Gubar published a book on the centrality of cross-racial masquerade in American fiction, photography, painting, and film: RACECHANGES: WHITE SKIN, BLACK FACE IN AMERICAN CULTURE (1997). She put together a collection of her essays in a book, CRITICAL CONDITION: FEMINISM AT THE TURN OF THE TWENTIETH CENTURY (2000). In 2003, she spent a year as a Laurence S. Rockefeller Fellow at Princeton University's Center for Human Values and was the recipient of The Faculty Mentor Award from IU's Graduate Professional Student Organization.

In 2006, Susan Gubar published ROOMS OF OUR OWN, which won an Honorable Mention award from the Gustavus Myers Center for the Study of Bigotry and Human Rights and in 2007, with Sandra M. Gilbert, she published a third edition of the NORTON ANTHOLOGY OF LITERATURE OF WOMEN as well as a NORTON READER OF FEMINIST LITERARY THEORY AND CRITICISM. Her cultural biography of Judas, the twelfth apostle, was published in 2009 and was listed in Magill's Literary Annual as one of the best books of 2009.

Currently, Susan Gubar is editing a collection of autobiographical essays by the first generation of women to integrate the study of gender into such disciplines as philosophy, art history, comparative literature, religion, psychology, anthropology, and African American studies.