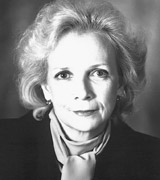 Anya Peterson Royce received a BA with Distinction from Stanford (1968) in Anthropology and Honors in Humanities, a MA (1971) and a Ph.D. (1974) in Anthropology from the University of California Berkeley. She joined the faculty of Indiana University in 1973. She is Chancellor's Professor of Anthropology and Comparative Literature and holds adjunct appointments in the Center for Caribbean and Latin American Studies and Folklore and Ethnomusicology.

Royce's research has centered on three areas: the anthropology of dance and performing arts, cultural and ethnic identity, and the ethnography of Mexico, with particular focus on the Isthmus Zapotec. Her books in the first area, The Anthropology of Dance (1978 and 2000), Movement and Meaning: Creativity and Interpretation in Ballet and Mime (1984), and Anthropology of the Performing Arts: Artistry, Virtuosity, and Interpretation in a Cross-cultural Perspective (2004), as well as numerous articles, established the field and set out major research directions, including questions of innovation, improvisation, structure, the relationship of embodied and verbal knowledge, and the nature of virtuosity and artistry. Her work on identity, especially Ethnic Identity: Strategies of Diversity (1982) spans western and non-western cultures, focusing on questions of power and privilege. She has done ethnographic research with the Isthmus Zapotec since 1968, documenting persistence and change in books and articles in both Spanish and English. Her latest book, Becoming an Ancestor: The Isthmus Zapotec Way of Death (in production) is the result of forty years of ethnographic research.