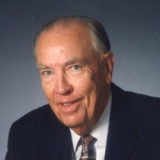 A native Oklahoman, Byrum Earl Carter Jr. was born on March 3, 1922. Shortly before the outbreak of World War II, Carter began working towards his B.A. from Frederick Jr. College, however quickly his studies were interrupted by service in the Marine Corps and as a wage rate analyst for the War Labor Board. Following his discharge in 1943, Carter returned to his studies and in 1943 his received his B.A. from Oklahoma University. In 1945, he enrolled in the Wisconsin University where he began to work towards his Ph.D. and in 1947 he joined the faculty of Indiana University in the Department of Government. Upon the completion of his Ph.D. in 1951, he became a Junior Faculty member and over the course of the next decade he rose through the ranks, achieving the status of Full professor in 1960.

In 1959, Carter began working his way the administrative ranks of the university as the Assistant Dean of Faculties, in 1963 he was named the Acting Dean of Faculties, Dean of the College of Arts and Sciences in 1966, and in July of 1969 following a large-scale reorganization of the state-wide University he was named by the Board of Trustees as the Chancellor of the Indiana University Bloomington campus. Among the duties noted for this new post were: Campus academic program development, campus budget development, recruitment, promotion, tenure, retention, and termination of faculty and staff members, enforcement of rules and regulations pertaining to students and faculty, supervision of student services, library development and coordination and other duties as prescribed by the President.

Carter presided over the Bloomington campus during a period of great unrest, large-scale student demonstrations such as the 1969 boycott, the Ballantine Lock-In and those relating to the ongoing Vietnam War. Additionally, Carter was known for his discussion of the impact of veterans in the student population after World War II, the growth of the university and its graduate programs, and campus politics.

On June 29, 1974 under the presidency of John W. Ryan the board of trustees again ratified a massive reorganization of the university system. The Bloomington and Indianapolis campuses were designated as the "core" of the Indiana University multi-campus system with responsibilities split between the Chancellors of Bloomington and Indianapolis, whose titles were changed to "Vice President" of their respective campuses to reflect their new responsibilities. The Vice President of the Bloomington campus oversaw the: College of Arts and Sciences, Graduate School, School of Music, Indiana University School of Law, Graduate Library School, School of Health, Physical Education, and Recreation. The Vice President of the Indianapolis campus oversaw the Health related professional schools, School of Social Services, School of Business, School of Public and Environmental Affairs, Indianapolis School of Law, School of Continuing Education, School of Liberal Arts, Herron School of Arts, School of Science (in conjunction with Purdue), School of Engineering and Technology (in conjunction with Purdue).

In addition to his administrative role, Byrum Carter was also noted for his scholarship and work within the classroom. In 1956, he was awarded the Faculty Research fellowship for his study, "The Political Theory of John Stuart Mill;" his book, The Office of the Prime Minister (Princeton University Press, 1957) became a New York Times best seller, and in 1957 he was awarded the Fredric Bachman Lieber Memorial Award for teaching.

Carter resigned from the office of the Vice President of Bloomington in June of 1975 and on September 12, 1975, Robert M. O'Neil was appointed to the office. Carter finished his career in the Department of Political Science and retired from IU in December 1986 with the title Professor Emeritus of Political Science.

Carter was married to Beth Peter in 1944 and they had two children Terry Elizabeth (Mrs. Robert Hedrick) and son Keith Madison Carter. Byrum E. Carter passed away on January 1, 2015.